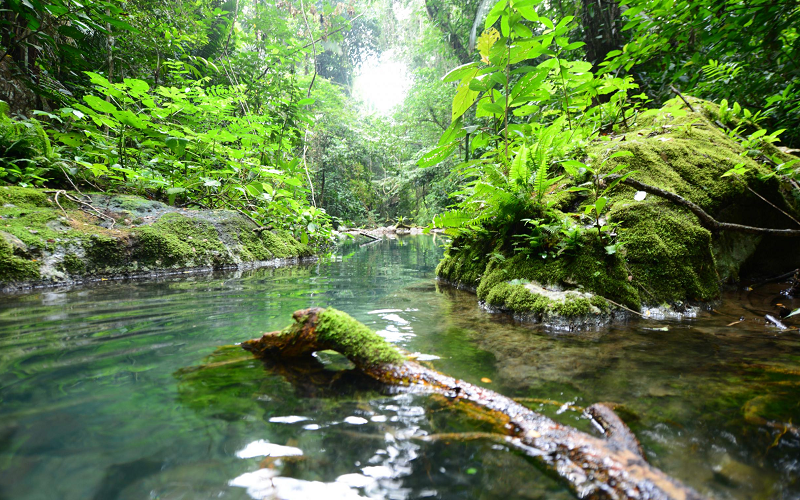 Here’s the thing about the travel: the more you do it, the more you want to do it. Travel addicts are perpetually dreaming of new places to explore or old favourites they want to revisit. One question is always on our minds: where to go next? Here we offer several surprising and intriguing destinations that are guaranteed to be a very big deal in 2019.

The insanely charming and walkable Scottish city of Edinburgh is getting the attention it deserves as a prime UK destination (Attention Harry Potter fans: this should definitely be your next vacation — you’ll feel like you’re at Hogwarts).

So is Sofia — chosen as the European Capital of Culture for 2019, its neighbouring mountain range is also a popular and inexpensive skiing spot. Got some extra vacation time? Hit two cities in one trip: live out your Sound of Music dreams in Salzburg, Austria and then hop over the border to Germany to visit Cologne’s famed chocolate museum (sweetest trip ever? We’d say so).

Then there’s Malta, a tiny island country that boasts “prehistoric temples, fossil-studded cliffs, hidden coves, thrilling scuba diving and a history of remarkable intensity.” If it’s a relaxed Mediterranean pace you want, this is your destination.

In under 30 years, Berlin has gone from a bleak, gritty, and divided city to one of Europe’s buzziest cultural capitals with a thriving art, music, and food scene. The East Side Gallery Wall Museum, a raging nightlife, and eclectic food markets where you can get traditional German fare, mezze, and BBQ all in one place are reasons enough to visit anytime. But in 2019 Berlin will also be one of the epicenters of the Bauhaus Centennial, a series of events celebrating 100 years of the Bauhaus school of design — Germany’s most significant 20th-century cultural export and one of the most influential movements in modern design. Founded in Weimar in 1919, before moving to Dessau and finally to Berlin where it was shut down by the Nazis in 1933, the Bauhaus school promoted an interdisciplinary approach combining crafts with fine arts, architecture, and design.

Tropical, trendy, and urban, the South African city of Durban is a first-time addition to the hotspots list. The coastal destination offers a blend of culture and culinary adventures (bonus: there’s a beach, too).

The Japanese cities of Osaka (where the unofficial slogan is ‘eat until you drop’) and Tokyo (where the ultra-modern shares space with ancient traditions on nearly every city block) should top the list for travellers who crave adventure and immersion in a culture vastly different from the west.

Our picks like the Greek island of Kos offer a trip back in time for history buffs while Marrakech and Dubai will have you posting travel photos to Instagram every 30 minutes or so.

If an intercontinental flight doesn’t fit your schedule or budget, there are a trio of cities close to home that made the list. Las Vegas remains the party capital of the continent, but there’s more to the city than casinos and all-you-can-eat buffets. A reminder: “The Mojave Desert is a beautiful contrast right on the doorstep.” 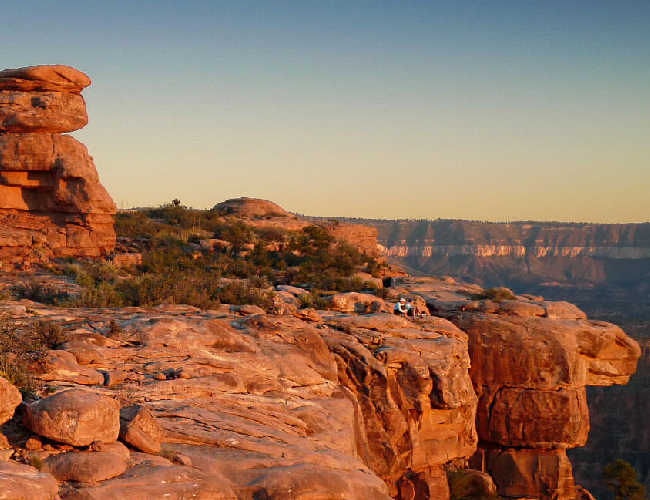 Pittsburgh earns its spot for a burgeoning foodie scene, a wealth of museums and galleries, and a tonne of nearby opportunities for hiking and other outdoor activities.

Canadians can also opt to leave their passports at home and head to the third North American city to make the list: Toronto. Whether you’re in search of a major league sports scene, concerts big and small, a packed schedule of arts and cultural events, or the opportunity to sample food from nearly every country in the world, Toronto is a destination with so much to offer. And don’t even get us started on the craft beer scene.

Of the 6.2 million people who made it to the Grand Canyon last year, only some 300,000 actually hiked into it. In 2019, North America’s biggest chasm celebrates the centennial of its designation as a national park, making it prime time with more tours planned to dip below the rim for a proper Grand Canyon immersion. “Even a small hike into the Canyon’s rock layers creates a much deeper understanding of how enormous and intricate it is,” says longtime Arizona Outback Adventures guide Annemarie Kruse, who equates the descent to a walk back in time through the earth’s crust.

Favorite deep-dive trails include the switchback-laden South Kaibab, a hike to the rushing Colorado River that ideally includes at least two nights below the rim (don’t rush there and back in a day); Bright Angel with its easy-to-miss Indian pictographs just after the first rock tunnel; and North Kaibab, a more challenging descent with a loss of 4,000 feet in the first five miles from the remote, alpine North Rim.

In need of a gorgeous beach, turquoise waters, and sun? For Canadians, this kind of longing crops up nearly every year (it’s called February). British Airways’ list has you covered. There’s the classic island destination of Barbados where the water is calm and crazy-warm and you can dine on the catch of the day every evening. And Cancun, a longtime Mexican hotspot known for its nightlife scene, is quickly becoming a destination for culture-seekers, too. It is, afterall, the home to one of the Seven Wonders of the World, Mayan temple Chichén Itzá.

If you’ve got a couple thousand Air Miles burning a hole in your wallet, take the advice of CNN and book a trip to romantic Seychelles where there are over 100 islands to explore or go down under to sunny Sydney where you can be a beach bum by day and a cosmopolitan urbanite by night. Like Sydney, Croatia’s Dalmatian coast is a sun-seeker’s dream that also offers the option of exploring nearby cities to experience the country’s Mediterranean culture and eat delicious food. Game of Thrones fan? Check out Dubrovnik to get your epic fantasy fix.

Okay, it’s never not a good year to do Cabo, Mexico’s Pacific Coast playground. But 2019 ushers in so many big-deal openings on the peninsula you that you can expect a whole new fleet of infinity pools cramming your Instagram. In March, Zadún, an oceanfront Ritz-Carlton Reserve hotel, will debut 115 high-design rooms along the Puerto Los Cabos coast, the Sea of Cortez visible from the private plunge pools. This follows on the heels of Hot List 2018 winner Chileno Bay’s push into wellness, with a set of spa guest rooms that give travelers unlimited use of the facilities and fitness classes (though, being on the only swimmable beach in Cabo, you could just blow off the gym and spend your day doing laps in the Pacific).

With its otherworldly landscapes and elemental emptiness (this is one of the most sparsely populated countries on earth, ranking only marginally behind Mongolia), Namibia has always enthralled us. But there’s a fresh focus on the Southern African nation in 2019 as a pack of lodges have just opened across the country. Serious new safari outfit Natural Selection, whose founders previously set up the much-respected Wilderness Safaris, is behind two of them: tented Hoanib Valley Camp in Kaokoland in the remote north-west, and high-design Shipwreck Lodge on the Skeleton Coast.

Just down the Caribbean coast from the Yucatan with a fraction of the tourism, Belize on the world’s second largest living coral reef has been buzzing with new openings that are transforming this one-time backpacker haven into a luxury destination. Much of the activity has been focused in the southern town of Placencia, a laid-back fishing village with a new air strip and the world’s narrowest main street. In the last year Itz’ana Resort and Residences, a Hemingway-inspired retreat with 50+ cottages and suites finished in boho-chic decor and vintage finds by fashion-pack favorite Samuel Amoia, and the offshore Gladden Private Island, a rustic-luxe, 3,000-foot, two-bedroom villa, have joined Francis Ford Coppola’s pioneering Turtle Inn. 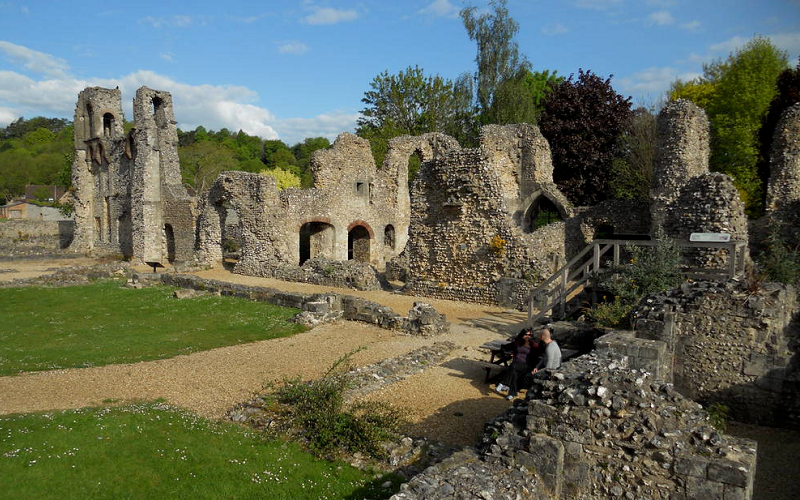 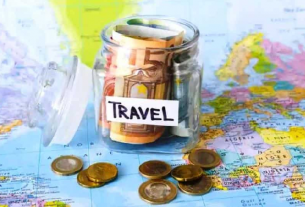 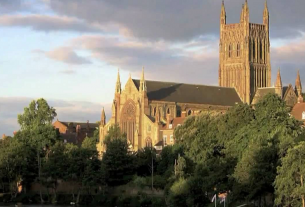